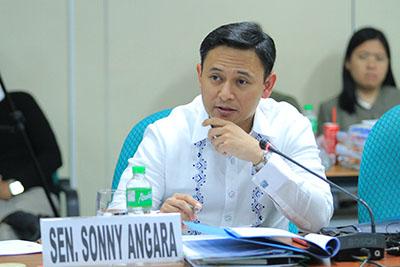 Reelectionist Senator Sonny Angara is seeking wide-ranging reforms in the water sector to ensure the availability of the precious resource across the country at all times in the wake of the water shortage in most parts of Metro Manila and Rizal province that has exposed the lack of a master plan to ensure proper water management and governance.

“The problem brings to light the urgent need to put in place an integrated water resource master plan for water security,” Angara said. “With the dry spell getting severe each year, climate change and increasing population, it is imperative that we secure all available and accessible water resources.”

“Every year the country struggles with severe El Niño events. Every year our water dams drop to critical levels. Unless we address these and come up with long-term and integrated solutions, we are all in trouble,” said the senator, who is running under the platform “Alagang Angara”.

Angara is proposing to amend the 43-year-old Water Code of the Philippines, or Presidential Decree No. 1067, to ensure that it is able to respond to the requirements of the country. “We have to make the law more responsive to the needs of the times.”

Part of the reform should also include the audit of all government agencies and institutions dealing with water resource and its management whose functions seem to be teeming with duplication.

Citing a 2018 study by Arangkada Philippines on water, Angara said there were over 30 agencies managing and overseeing the country’s water resources. “This is a very complicated environment, and rather than come out with a timely response to water problems, it may be impeding our government agencies,” Angara explained.

Angara has earlier asked the government to enforce Republic Act 6716, also known as the Rainwater Collector and Springs Development Act of 1989, which requires the construction of rainwater collectors in every barangay to prevent flooding and ensure the continuous provision of clean water during dry seasons.

The senator from Aurora has also put forward a proposal for an “El Niño action plan” to be rolled out in food-growing areas in the country before the drought caused by the weather phenomenon unleashes its full brunt on farmers who are also grappling with low prices of rice and coconut.

This early, he added, the government should appoint an “anti-El Nino czar” who will orchestrate a multiagency response to the dry spell, which is already causing farm harvest to dip.