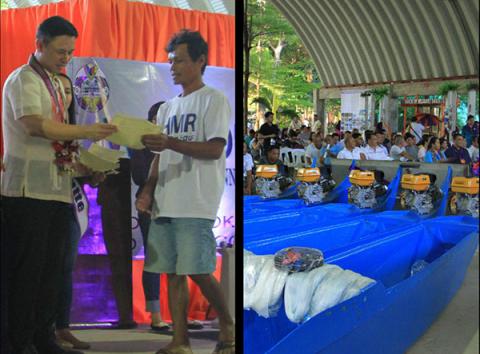 Reelectionist Senator Sonny Angara said the government must continue to provide tax incentives to companies in special economic zones (SEZs) if it wants to attract and retain large-scale investments that will create more job opportunities for the host population.

“Aside from the quality of workforce in the country, local and foreign investors establish their businesses in our SEZs because they get to enjoy a slew of tax incentives that they could not find elsewhere,” Angara said.

Angara said that special economic zones, particularly those supervised by the Philippine Economic Zone Authority (PEZA), are critical drivers of employment growth in localities hosting them.

According to Angara, these SEZs benefit not only Misamis Oriental, but also other provinces in Northern Mindanao. The region registered a high employment rate of 94.7 percent in 2017.

Misamis Oriental’s capital Cagayan de Oro City is the gateway to Northern Mindanao and the leading industrial and trade center in the south.

At present, PEZA-accredited firms enjoy income tax holidays and special tax rate of 5 percent in lieu of local and national taxes, bringing down the cost of doing business.

He noted that several companies have already started operation or construction within the ecozone supervised by Phividec Industrial Authority in Misamis Oriental, or are finalizing their accreditation with the agency as locators.

NEDA cited Gardenia Bakeries Philippines, which commenced its operation early March this year, and conglomerate San Miguel Corp., which is setting up several projects in the area including its second brewery in Mindanao. Other firms which plan to establish investment footprint in the area include a steel manufacturing corporation and a tennis ball maker, among others.

A $4.4-billion integrated steel manufacturing complex is in the pipeline and will become the largest investment in the region once realized. The project, which will be implemented by Chinese firms and Steel Asia Manufacturing Corp. is expected to generate additional 20,000 jobs.

“If we could provide quality livelihood opportunities and jobs because we have quality investors, we may able to prevent our kababayans from leaving the country to work overseas,” said the lawmaker from Aurora who is running under the platform “Alagang Angara.”