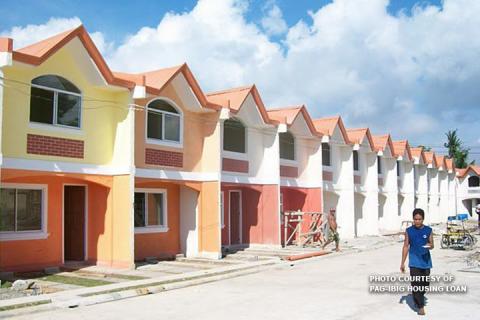 The government housing agencies have done a lot to comply with the tenets of the ease of doing business but a lot more has to be done to address the backlog in the construction of settlements for the informal sector.

Building a house is a slog through 27 offices, 78 permits, 156 signatures, 373 documents that could last for months, Sen. Sonny Angara said in citing the red tape that is slowing down housing production in the country.

And for socialized or affordable mass housing, pre-construction processing time could last up to 74 months, if it involves land conversion, titling and financing, Angara said, citing as source a briefer submitted to him by government housing officials.

“Before you pour your first pail of cement, you have to follow a long paper trail. And many families do not have the energy for that, “ he said.

Angara said even professional homebuilders and real estate companies have been complaining about “a long checklist of requirements that must be met before, during and after the construction of whether a single-unit or a high-rise.”

Angara said government housing officials have reported to him that it normally takes the National Housing Authority 12 to 30 months to get a green light for construction.

For the Social Housing Finance Corporation, the pre-construction processing time for its Community Mortgage Program projects is between 16 to 74 months.

Private developers, on the other hand, spend 12 to 51 months to acquire all pre-building permits.

Angara said “the list can be shortened and the timetable sped up without sacrificing safety and without short-circuiting building rules.”

Based on future demand and current pace of production, the backlog in housing units is forecast to hit 6.6 million by 2022, from 5.5 million in 2016.

“But we can ramp up production by improving the regulatory environment,” Angara said.

“When there is ease in doing business, financing comes in, and with volume comes affordability.”

Angara said the mandate of several anti-red tape laws should be applied to housing “not just in national government agencies but also in local governments.”

Streamlining and simplifying the issuance of housing-related clearances and permits should be done under one-stop processing centers whose establishment is required by Republic Act 10884 or the Balanced Housing Program Amendments Act.

“It is not even a new idea. 27 years ago, the Urban Development and Housing Act of 1992 already called for the operationalization of that set up,” Angara said.

The Housing and Urban Development Coordinating Council has received an “unqualified opinion” from the Commission on Audit for three consecutive years. This means that the financial documents of the agency conform to generally accepted accounting principles and their statements represent their financial accounts fairly.

Pag-Ibig Fund has shortened the processing time for housing loan applications from 27 to six to 17 working days by increasing the number of branches and reducing the number of documentary requirements from 14 to seven documents.

It has also implemented the internet-based or online filing of housing loan applications that has led to a reduction in the queuing time from 20 to five minutes and automated status verification slip that reduced processing time from 15 to two minutes.

Angara: Pilot implementation of face-to-face classes needed before resumption nationwide
Immunization of the population expected to begin with the approval of the COVID-19 vaccination program bill-- Angara
Angara seeks exemption to donor’s tax for donations of COVID-19 vaccines and critical supplies
Angara: Growing number of out of school youth is a cause of concern
Angara: Ecommerce will help ensure the survival of MSMEs and boost economic growth
Angara bill seeks to assist LGUs in shifting to digital
2021 judiciary budget will ensure implementation of the Judges-at-Large Act and the judiciary marshal service – Angara
STATEMENT OF SEN SONNY ANGARA
ANGARA: PGH AND EAST AVENUE MEDICAL CENTER RECEIVE ADDITIONAL FUNDING UNDER THE 2021 GAA TO SERVE MORE FILIPINOS IN NEED OF MEDICAL ATTENTION
PCMC receives additional support under the 2021 GAA to provide even better services for children in need of medical attention-- Angara
Statement of Sen. Sonny Angara on the signing of the 2021 GAA
Christmas message of Sen. Sonny Angara
Angara: Displaced workers will continue to receive assistance under the 2021 budget
Improved internet services even in far flung areas expected with the increase in the budget for the National Broadband Program-- Angara
Angara-- New and unfunded laws will receive funding under the 2021 GAA
Improved health responses needed to boost consumer confidence and spur economic growth -- Angara
Angara wants more public hospitals and medical professionals to ensure all Filipinos are provided with quality health care
Angara wants public libraries to provide essential services to learners under the new normal
Statement of Sen. Sonny Angara on the transmittal of the 2021 GAB by the House of Representatives
Angara bats for the naturalization of Angelo Kouame
END_OF_DOCUMENT_TOKEN_TO_BE_REPLACED