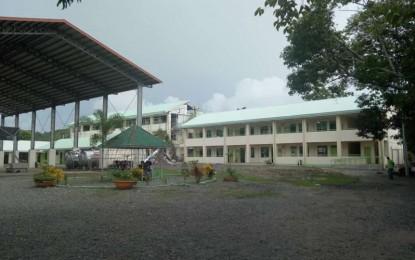 Instead of “playing catch up with backlogs” in school buildings, government should  “build forward”, by constructing in advance classrooms for future enrollees, Sen. Sonny Angara said today.

“I think we should now implement a zero-backlog program. Let’s choose a year of when it will be achieved. And once that’s done, let’s stock up on new classrooms that will be ready in time for new enrollees to come in,” he said.

Angara explained that what he is proposing “is not the public sector equivalent of condo hoarding because the classrooms that will be built will not remain unused for long but will be immediately put to use.”

But for the above to be realized, “government must extend its ‘Build, Build, Build’ program to the education sector,” Angara said.

“Forecasted naman ang enrolees sa mga DepED schools and state universities and colleges (SUC). For DepEd, every increase of 400,000 enrollees should ideally birth 10,000 new classrooms. With that as basis, we can construct the anticipated needs.  For once, let’s be ahead of the demand curve,” he said.

Angara made the proposal as budget documents showed that the Malacanang-recommended P20 billion for the construction of new public classrooms next year is good for 8,000 rooms – way below DepEd’s request of P172.5 billion for 64,795 rooms.

On top of the backlog is the need to build at least 10,000 new classrooms yearly to house the annual increase in public school enrollees.

For SUCs, funds do not seem to address the enrolment surge brought about by free public college, with the proposed total capital outlay of all SUCS for 2020 at P11 billion, an amount which will include the purchase of equipment, such as computers.

“Building up our human capital should go hand in hand with our infrastructure and other physical capital development because the latter, like in ICT and trains, would not run on their own,” Angara said.

Angara, however, emphasized that the key to the success of a ‘Build, Build, Build’ and a zero-classroom backlog drive in schools is for government to have the technical expertise to overcome planning, procurement and building challenges.

Angara supports PPPs as the way to go for many local projects to ensure their implementation
Angara celebrates the enactment of three laws for the youth
Statement of Sen Angara on the Enactment into Law of the Social Pension for Seniors
Sen. Angara on the passing of former Pres. Fidel V Ramos
Angara-- Restore the heritage sites damaged by the Abra quake at the soonest possible time
Angara sees the establishment of satellite specialty hospitals as timely and doable
Reaksyon ni Sen. Sonny Angara sa SONA ni PBBM
Statement of Senator Sonny Angara
INCOMING DBM SECRETARY NI PBBM, HIGHLY-QUALIFED, MAY MAIPAGMAMALAKING TRACK-RECORD -- ANGARA
Statement of Sen. Sonny Angara on the Appointment of Amenah Pangandaman as DBM Secretary
PDIC charter amendments for a stronger and more resilient banking system—Angara
Kaugnay sa muling paglobo ng COVID cases sa bansa: “MAGPABAKUNA, SUMUNOD SA HEALTH PROTOCOLS AT PATULOY NA PAG-INGATAN ANG KALUSUGAN” - ANGARA
Statement of Committee on Finance Chairman, Sen. Sonny Angara on the signing of the 2022 GAA
Angara reminds PhilHealth of their obligations to the public
Threat of Omicron highlights need to improve biosurveillance and genome sequencing capabilities—Angara
Angara: Don’t let vaccines go to waste-- Allow booster shots for private sector workers
SEN. ANGARA ON THE THREAT OF HOSPITALS TO WITHDRAW FROM PHILHEALTH SYSTEM BECAUSE OF DELAYED REIMBURSMENTS OF CLAIMS:
Angara: Decline in COVID cases should not result in complacency
Angara: Go the extra mile to vaccinate our senior citizens
Angara to DOLE: Targeted interventions needed to ensure no one is left behind
END_OF_DOCUMENT_TOKEN_TO_BE_REPLACED