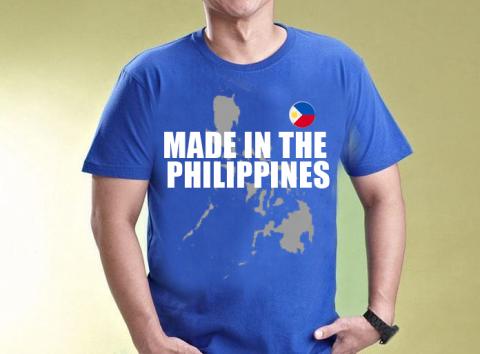 Reelectionist Senator Sonny Angara said the government should look for ways to attract investments that will create higher-paying jobs to encourage Filipinos to stay and work in the country.

“It’s not enough that we create just more jobs, we need to create better jobs so we can prevent our countrymen from leaving the Philippines to work abroad,” Angara said.

Angara said the government may consider launching a new “Made-in-the-Philippines” campaign, which would make use of the country’s unique competitive advantage in the services sector.

“The Philippines is a services economy and a lead exporter of services, and we can use this as a starting point for a new Made-in-the-Philippines campaign,” said the reelectionist senator, who is running under the platform “Alagang Angara.”

The country’s economy grew by 6.1 percent growth in the fourth quarter of 2018, driven by the services sector which posted the highest share in the gross domestic product of 56.2 percent, followed by industry (34.8 percent), and agriculture (8.9 percent).

Angara said the Made-in-the-Philippine campaign does not have to be a particular good. “It can be a service that we perform, but we have to figure out what the core competencies are and try to leverage on that.”

Angara, chairman of the Senate Committee on Ways and Means, said the government should also take the lead in beefing up investments in the manufacturing sector given its enormous potential to create jobs.

He cited the case of Freeport Area of Bataan, formerly Bataan Export Processing Zone, which created more than 20,000 jobs in about five years.

“That’s something that you want to replicate all over the country. How did they do it? How do you build the manufacturing sector? How do you keep the BPO (business process outsourcing) momentum going? Someone has to put these efforts together,” Angara said.

The manufacturing sector refers to those industries which are involved in the manufacturing and processing of items and indulge in either creation of new commodities or in value addition.