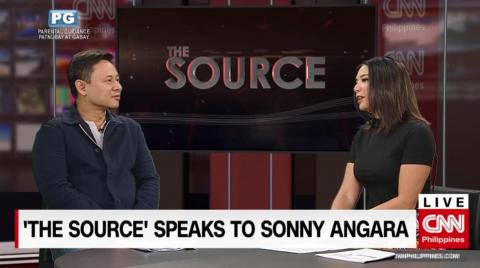 Angara, one of the authors of the newly enacted Universal Health Care (UHC) Act that strengthens PhilHealth’s capacity to provide quality and affordable health care to all Filipinos, described the latest controversy surrounding the state-run health insurance firm as both “highly illegal and immoral.”

As chair of the Senate Committee on Ways and Means in the outgoing 17th Congress, Angara also sponsored the bill increasing the excise tax on tobacco products from P35 to P60 over the next four years, in a bid to raise crucial funding for the UHC program.

Aside from the usual corruption that happens in government, Angara said the issue of ghost dialysis treatments was particularly “condemnable” because it took away funds meant for sick and poor people.

“It’s a bit disturbing. Aside from being a bit political issue, it’s also a moral issue because this money is meant for very poor and sick people,” Angara said.

Angara noted that this was not the first time PhilHealth was rocked by a scandal involving fraudulent claims.

“Every now and then, there’s a scam that pops up,” Angara said, as he recalled that PhilHealth also encountered fraudulent claims for cataract surgeries and pneumonia in the past.

Angara said institutional reforms are needed to put an end to the perennial problem of bogus claims and other irregularities in PhilHealth.

The lawmaker said it is high time PhilHealth be transformed into a “really professional insurance corporation” by bringing in more managers and fraud investigators who would ensure the company’s overall financial viability while fulfilling its obligation to provide health care protection to all Filipinos.

“What we need is a good manager who can make sure (the PhilHealth) reserve fund is intact,” Angara said.

Angara said good fraud investigators would easily determine bogus claims, as he noted that hospitals and wellness centers could not make fake claims without the help of PhilHealth insiders.

“I don’t think the hospitals and wellness centers can make these claims without knowing someone on the inside. Mukhang mahina ang safeguards kaya nagkaka-kuntsaba ‘yung private and public sector,” Angara said.

He added: “There are what you call overclaims, meaning hindi talaga nag-dialysis, binayaran for the full treatment o kaya they upgrade the disease. It’s a cough pero ginawang pneumonia.

Angara: Pilot implementation of face-to-face classes needed before resumption nationwide
Immunization of the population expected to begin with the approval of the COVID-19 vaccination program bill-- Angara
Angara seeks exemption to donor’s tax for donations of COVID-19 vaccines and critical supplies
Angara: Growing number of out of school youth is a cause of concern
Angara: Ecommerce will help ensure the survival of MSMEs and boost economic growth
Angara bill seeks to assist LGUs in shifting to digital
2021 judiciary budget will ensure implementation of the Judges-at-Large Act and the judiciary marshal service – Angara
STATEMENT OF SEN SONNY ANGARA
ANGARA: PGH AND EAST AVENUE MEDICAL CENTER RECEIVE ADDITIONAL FUNDING UNDER THE 2021 GAA TO SERVE MORE FILIPINOS IN NEED OF MEDICAL ATTENTION
PCMC receives additional support under the 2021 GAA to provide even better services for children in need of medical attention-- Angara
Statement of Sen. Sonny Angara on the signing of the 2021 GAA
Christmas message of Sen. Sonny Angara
Angara: Displaced workers will continue to receive assistance under the 2021 budget
Improved internet services even in far flung areas expected with the increase in the budget for the National Broadband Program-- Angara
Angara-- New and unfunded laws will receive funding under the 2021 GAA
Improved health responses needed to boost consumer confidence and spur economic growth -- Angara
Angara wants more public hospitals and medical professionals to ensure all Filipinos are provided with quality health care
Angara wants public libraries to provide essential services to learners under the new normal
Statement of Sen. Sonny Angara on the transmittal of the 2021 GAB by the House of Representatives
Angara bats for the naturalization of Angelo Kouame
END_OF_DOCUMENT_TOKEN_TO_BE_REPLACED