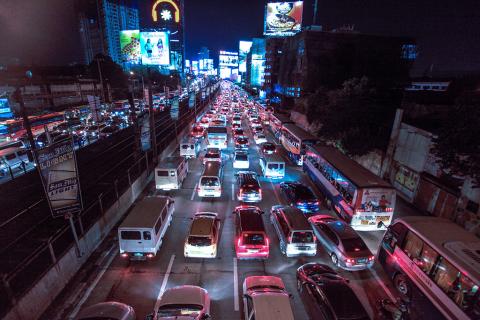 Expanding and rehabilitating the railway systems should be the first step taken in the efforts of the government to decongest traffic in Metro Manila if it wants to make an impact right away, Senator Sonny Angara said.

Angara, the chairman of the Senate Committee on Finance, vowed to look for ways to support the programs of the Department of Transportation (DOTr) to decongest Metro Manila, not only for the long-term, but also in the short and medium term for the sake of the commuters, motorists and the economy as a whole.

“We need to find ways to decongest Metro Manila immediately. It pains us to see commuters lining up for hours every day to ride the MRT or buses to work and school. Motorists waste so much time stuck on the roads when they could be productive in their offices. Something has to be done about this right now,” Angara said.

The DOTr has several projects aimed at decongesting the roads in Metro Manila, some of which are already being implemented while the others are still in the pipeline.

These include the rehabilitation of the MRT-3, the revival of the Philippine National Rail (PNR) trains and the development of a subway system.

During a briefing on the proposed P147 billion budget of the DOTr for 2020, Transportation Secretary Arthur Tugade acknowledged that increasing the number of “trains” within and outside of Metro Manila is key to reducing the volume of vehicles on the Metro roads.

The DOTr noted that for every train pulling eight cars, 448 vehicles could be removed from the roads, assuming each car carries five passengers.

However, the task of rehabilitating the railways would be very challenging based on the data presented by the DOTr.

In 1938, at the peak of the railway system in the country, there were 2,400 kilometers of railroad tracks across the country. Now, there are only 77 kilometers left and this includes the MRT and LRT lines.

“We have regressed. That is the tyranny of the automobile. So I think we need to reboot our thinking,” Angara said.

Angara said there is reason for optimism for Metro Manila commuters and motorists in the short and medium term.

Construction for the first phase of the Metro Manila subway system is set to start this November. Once completed, the subway will connect Mindanao Avenue in Quezon City to the NAIA Terminal 3 in Pasay City.

The MRT-3 along EDSA will also undergo rehabilitation, which would allow the trains to move faster and transport more passengers daily.

The LRT-1 extension to Cavite is also underway to connect the large number of residents in the province to Metro Manila where they work.

A new and improved PNR is also in the pipeline. The high-speed rail project will connect Manila to Batangas to Sorsogon.

“Many of these projects will not be completed by the end of President Duterte’s term in 2022. But we have to get to work on this now so that the public will be able to benefit from these at the soonest possible time,” Angara said.

Angara wants a review of all laws and programs for the Filipino youth
DTI gets unprecedented increase in 2020 budget for Tatak Pinoy Initiatives-- Angara
Angara seeks an increase in the bed capacity of the East Avenue Medical Center
Senator Angara urges immediate assessment after alert level lowered for Taal Volcano
Statement of Senator Angara on the sudden demise of Kobe Bryant
2020 GAA has over P300 million for the implementation of the Innovation Act-- Angara
DICT gets P6.2 billion hike in its 2020 budget to make the government more digital and interconnected
Senator Sonny Angara on the eruption of the Taal Volcano
Angara urges DOLE to provide emergency employment and assistance to workers displaced by the Taal eruption
Statement of Sen. Sonny Angara on the bushfire crisis in Australia
Angara—The creation of judges-at-large posts will result in the faster resolution of cases in the courts
Angara- Revival of the EDCOM is needed to address the new challenges of the Philippine education sector
Wish of Sen Sonny Angara for the New Year
Education remains top priority under the 2020 national budget- Angara
Angara-- Civil servants to enjoy pay hikes starting January 1, 2020 under SSL-5
With the national team’s impressive SEA Games performance, Angara pushes for bigger cash incentives for medalists
Angara files resolutions honoring the Philippine National Arnis Team and Majority Leader Zubiri, as the father of the sport
Angara seeks to remember and honor the hero cop killed while protecting civilians
Health, education and social services are prioritized in the Senate committee report on the P4.1 trillion 2020 national budget—Angara
Angara wants more social welfare attaches to aide OFWs in distress
END_OF_DOCUMENT_TOKEN_TO_BE_REPLACED