Angara to LGUs: Protect our frontliners, PUIs, PUMs and their families 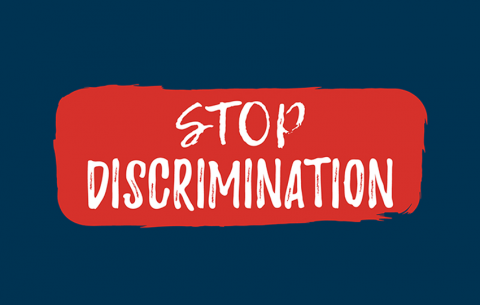 Stop the discrimination against our frontliners, COVID-19 positive, persons under monitoring (PUM) and persons under investigation (PUI) and their families.

Senator Sonny Angara issued the call after receiving reports that the acts of discrimination and even cruelty against the frontliners in the fight against COVID-19 continue in spite of repeated appeals for understanding and compassion for them.

“We must protect our health workers, all of our frontliners during this period of COVID-19. Every day they are risking their lives to care for all of those who are in need of medical attention. The challenges that they face today are overwhelming. For the sacrifices they are making to keep us safe and protected, I have nothing but respect for them,” Angara said.

“On our part as policymakers, we should do our part by coming up with measures to protect them especially during this critical period. Acts of discrimination have no place in our society,” Angara added.

Angara urged all local councils to pass their respective ordinances prohibiting acts of discrimination against frontliners, PUIs, PUMs, and their families.

A number of cities have already passed such ordinances in response to reports of discrimination against the health workers in particular.

The local councils of Cebu City and Manila City have come out with their respective ordinances to protect frontliners from acts of discrimination. The ordinances carry fines and penalties against individuals and establishments who harass or deny service to frontliners.

Over the past weeks, numerous reports have come out about health workers being harassed, denied access to establishments such as supermarkets, and evicted from their rented homes due to the nature of their work.

In one case, a health worker in Sultan Kudarat was doused with bleach by assailants who believed he was a COVID-19 carrier.

“The Philippine National Police is already on the lookout for these acts of cruelty against our frontliners. Our local government units should also do its part by coming out with ordinances to protect them,” Angara said.

At the start of the current Congress, Angara filed Senate Bill 137 or the Comprehensive Anti-Discrimination Act of 2019, which seeks to eliminate all forms of discrimination in the country.

Angara: Benefits for health workers to continue even after Bayanihan 2 expiration on June 30
EASTER SUNDAY MESSAGE OF SEN. SONNY ANGARA
Statement of Sen. Angara on the procurement of vaccines by the private sector
SK reform bill hurdles committee level-- Angara
Angara: Kouame an asset to Philippine basketball
Angara pushes for 100% increase in PDIC deposit insurance coverage
Angara: Pilot implementation of face-to-face classes needed before resumption nationwide
Immunization of the population expected to begin with the approval of the COVID-19 vaccination program bill-- Angara
Angara seeks exemption to donor’s tax for donations of COVID-19 vaccines and critical supplies
Angara: Growing number of out of school youth is a cause of concern
Angara: Ecommerce will help ensure the survival of MSMEs and boost economic growth
Angara bill seeks to assist LGUs in shifting to digital
2021 judiciary budget will ensure implementation of the Judges-at-Large Act and the judiciary marshal service – Angara
STATEMENT OF SEN SONNY ANGARA
ANGARA: PGH AND EAST AVENUE MEDICAL CENTER RECEIVE ADDITIONAL FUNDING UNDER THE 2021 GAA TO SERVE MORE FILIPINOS IN NEED OF MEDICAL ATTENTION
PCMC receives additional support under the 2021 GAA to provide even better services for children in need of medical attention-- Angara
Statement of Sen. Sonny Angara on the signing of the 2021 GAA
Christmas message of Sen. Sonny Angara
Angara: Displaced workers will continue to receive assistance under the 2021 budget
Improved internet services even in far flung areas expected with the increase in the budget for the National Broadband Program-- Angara
END_OF_DOCUMENT_TOKEN_TO_BE_REPLACED