Angara— We need to act on reducing plastic straw use now 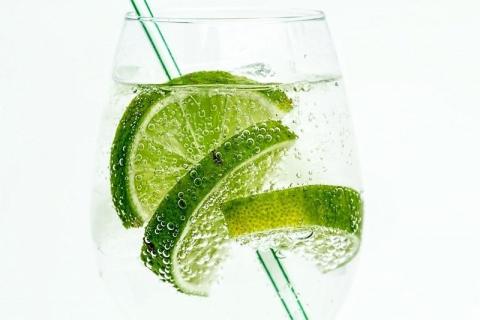 Manufacturers of pre-packed beverages should come up with environmentally-friendly designs for their products as a way to eliminate the use of plastic drinking straws.

Instead of an outright banning on the use of plastic straws, Senator Sonny Angara said it would be a better idea for establishments to charge their customers for the use of these straws.

Angara has filed Senate Bill 954 or the proposed straw regulation act, which calls aims to influence a change in the habits of consumers, as well as the practices of manufacturers and commercial establishments towards protecting the environment, one small step at a time.

Under the bill, all commercial establishments that sell beverages, including sari-sari stores and supermarkets would be required to charge a “Plastic Straw Fee” amounting to P2 per straw.

Exempted from this fee are plastic straws or tubes used for medical purposes, those used by senior citizens and persons with disabilities, and individuals who have limited mobility caused by stroke, arthritis and other medical conditions.

“Plastic straws will only be provided upon request by the customers. We should consciously put a stop to the practice of automatically providing straws to customers upon buying their beverages,” Angara said.

For pre-packed beverages, the most common of which are the juice boxes, the bill states that plastic straws should not be attached to the product and should instead be provided at the point-of-sale for the same P2 per straw fee.

“We also want the manufacturers of these pre-packed beverages to start coming out with new designs for their products so that consumers would be able to drink these without the use of straws,” Angara said.

The bill also calls for the establishment of straw disposal and collection facilities in all commercial establishments in order to ensure these would be recycled properly.

Establishments found violating the provisions of the bill would face a fine of up to 10,000 for the first offense, up to P20,000 for the second offense and up to P50,000 plus the cancellation of their business permits for the succeeding offenses.

Proceeds from the straw fee and fines paid would all go to environmental programs focused on the protection and clean-up of Philippine waters, rivers, seas and oceans, including an information and awareness campaign on the effect of plastic drinking straws to aquatic animals and marine ecosystems.

A 2015 report on ocean pollution by the Ocean Conservancy charity and the McKinsey Centre for Business and Environment saw the Philippines ranked number three in the world among the sources of discarded plastic the ends up in the ocean.

Apart from polluting the waters, the plastic straws also end up being consumed by marine species, thus posing a threat to their survival.

Immunization of the population expected to begin with the approval of the COVID-19 vaccination program bill-- Angara
Angara seeks exemption to donor’s tax for donations of COVID-19 vaccines and critical supplies
Angara: Growing number of out of school youth is a cause of concern
Angara: Ecommerce will help ensure the survival of MSMEs and boost economic growth
Angara bill seeks to assist LGUs in shifting to digital
2021 judiciary budget will ensure implementation of the Judges-at-Large Act and the judiciary marshal service – Angara
STATEMENT OF SEN SONNY ANGARA
ANGARA: PGH AND EAST AVENUE MEDICAL CENTER RECEIVE ADDITIONAL FUNDING UNDER THE 2021 GAA TO SERVE MORE FILIPINOS IN NEED OF MEDICAL ATTENTION
PCMC receives additional support under the 2021 GAA to provide even better services for children in need of medical attention-- Angara
Statement of Sen. Sonny Angara on the signing of the 2021 GAA
Christmas message of Sen. Sonny Angara
Angara: Displaced workers will continue to receive assistance under the 2021 budget
Improved internet services even in far flung areas expected with the increase in the budget for the National Broadband Program-- Angara
Angara-- New and unfunded laws will receive funding under the 2021 GAA
Improved health responses needed to boost consumer confidence and spur economic growth -- Angara
Angara wants more public hospitals and medical professionals to ensure all Filipinos are provided with quality health care
Angara wants public libraries to provide essential services to learners under the new normal
Statement of Sen. Sonny Angara on the transmittal of the 2021 GAB by the House of Representatives
Angara bats for the naturalization of Angelo Kouame
Angara pushes for survivorship benefits for members of the National Prosecution Service
END_OF_DOCUMENT_TOKEN_TO_BE_REPLACED