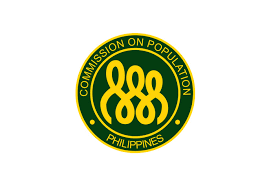 Child and teenage pregnancies in the country are growing at an alarming rate and it is imperative for the government to do something about this at the soonest possible time, Senator Sonny Angara said today.

The data on child and teenage pregnancies in the country should be a cause for alarm and the Commission on Population and Development (POPCOM) believes it warrants being declared a national emergency.

In the 2017 Philippine National Demographic and Health Survey conducted by the Philippine Statistics Authority found that nine percent of teenage women aged 15 to 19 have begun childbearing.

The survey showed that the highest incidence of teenage pregnancies was recorded in Davao, Northern Mindanao and SOCCSKARGEN.

POPCOM noted that an average of 530 teenage girls get pregnant daily and in 2017, the figure went as high as 574 per day.

It also reported a 50 percent increase in pregnancies among the 10 to 14-year-old age group since 2011.

“What is even more alarming is that 30 to 50 percent of these pregnancies involved 10-year-old girls. Children this age should be in school and playing with other kids. They cannot possibly be ready to get pregnant and raise their own children,” Angara said.

“When young girls get pregnant, they are forced to quit school. Their lives take an unexpected detour, ambitions are set aside and they effectively lose their childhood. No child should have to go through this,” Angara added.

According to the Department of Education, underage pregnancies has led to an increase in the dropout rate among female students.

Angara is set to file a resolution seeking an inquiry into the rising incidence of child and teenage pregnancies, with the end in view of strengthening Republic Act 10354 or the Responsible Parenthood and Reproductive Health Act of 2012 (RH Law).

The RH Law mandates the provision of age and development-appropriate reproductive health education, including teenage pregnancy.

RA 10354 also mandates the DepEd to formulate a curriculum for each educational level or group, subject to consultations with parents-teachers-community associations, school officials and other interest groups, to be used by public schools and may be adopted by their private counterparts.

In its 4th Annual RPRH Report, the Department of Health noted that the unmet need for family planning was one of the major roadblocks in addressing teenage pregnancies.

“With the Philippines having one of the lowest minimum age of sexual consent and the high prevalence of unmet need for family planning, it is necessary to review our policies in order to prevent child and teenage pregnancies,” Angara said.

STATEMENT OF SEN SONNY ANGARA
ANGARA: PGH AND EAST AVENUE MEDICAL CENTER RECEIVE ADDITIONAL FUNDING UNDER THE 2021 GAA TO SERVE MORE FILIPINOS IN NEED OF MEDICAL ATTENTION
PCMC receives additional support under the 2021 GAA to provide even better services for children in need of medical attention-- Angara
Statement of Sen. Sonny Angara on the signing of the 2021 GAA
Christmas message of Sen. Sonny Angara
Angara: Displaced workers will continue to receive assistance under the 2021 budget
Improved internet services even in far flung areas expected with the increase in the budget for the National Broadband Program-- Angara
Angara-- New and unfunded laws will receive funding under the 2021 GAA
Improved health responses needed to boost consumer confidence and spur economic growth -- Angara
Angara wants more public hospitals and medical professionals to ensure all Filipinos are provided with quality health care
Angara wants public libraries to provide essential services to learners under the new normal
Statement of Sen. Sonny Angara on the transmittal of the 2021 GAB by the House of Representatives
Angara bats for the naturalization of Angelo Kouame
Angara pushes for survivorship benefits for members of the National Prosecution Service
The President's report on the implementation of the Bayanihan 2
Angara calls for extension of waiver on fees for digital transactions of banks and mobile payment services
Angara to Comelec: Work on making it easier for seniors and PWDs to vote during elections
Angara: There should be no delays in the implementation of Bayanihan 2
Angara says 2022 deadline for registration of 90 million Filipinos to PhilSys ID should be achieved without delay
Angara to CHEd and SUCs: Let’s work together in keeping Filipino graduates in the Philippines
END_OF_DOCUMENT_TOKEN_TO_BE_REPLACED