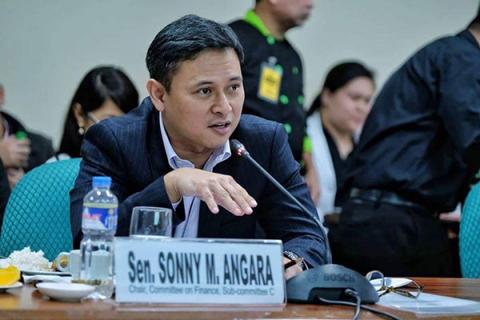 Reelectionist Senator Sonny Angara said the government needs to dispatch immediate help to farmers who are now bearing the brunt of drought caused by El Niño to help them mitigate the negative effects of the weather phenomenon.

“The government must ensure that intervention programs reach small-scale farmers and farmworkers to help them cope with and mitigate the extreme impacts of El Niño,” Angara said.

The lawmaker from Aurora, who is running under the platform “Alagang Angara,” said many farmers, especially those in food-growing areas in the country, are in urgent need of assistance whether in the form of cash, food aid or alternative livelihoods.

“Our farmers badly need food and alternative sources of income to compensate for the huge losses they incurred due to this ongoing drought,” Angara said.

Angara said the administration should learn an important lesson from the 2016 El Niño episode where a massive three-day protest rally in Kidapawan City ended in a bloody dispersal of drought-affected farmers seeking for urgent food aid and subsidies from government.

The Kidapawan crisis left three farmers dead and over a hundred others injured.

“How can we forget the Kidapawan crisis where the government came too late, too little? It reminds us how important it is for the much-needed government aid to reach its intended recipients in a timely manner,” Angara said.

Angara said the government can help by “flooding areas hit by drought with assistance.”

Several provinces in the country have been placed under state of calamity due to the impact of El Niño, the latest of which is Cebu which sustained a massive agricultural damage.

According to the country’s state weather bureau, El Niño conditions are expected to last until end of May or June this year and could affect 42 provinces.

Angara said it was unfortunate that farmers, who belong to 60 percent of the nation’s poor, suffer the most from the impacts of El Niño.