Angara seeks a review of the process for PWD Card issuance 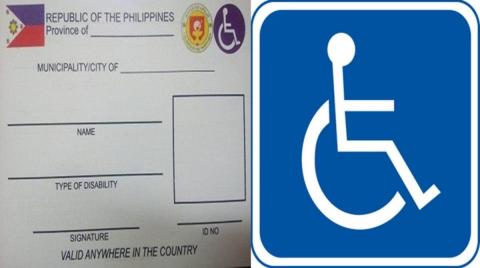 Alarmed by reports of a growing number of individuals abusing the discounts granted to persons with disabilities (PWD) under the law, Senator Sonny Angara is calling for an inquiry into the proliferation of “fake” PWD identification cards.

As one of the authors and sponsor of Republic Act 10754 or the law expanding the benefits and privileges of PWDs, Angara said there is a need to review the process for the issuance of the PWD ID cards now that there seems to be a growing number of people who have acquired these cards through fraudulent means.

In filing Senate Resolution No. 455, Angara noted that the issue of “fake” PWD ID cards is not new but has once again emerged after a viral photo showing an entire family with PWD cards recently made the rounds in social media.

Trade Secretary Ramon Lopez said the viral photo has led to several restaurant owners complaining and reaching out to his office about the alleged fraudulent use of PWD ID cards at their establishments.

“RA 10754 is intended to provide PWDs the opportunity to participate fully into the mainstream of society by providing them with at least 20% discount and exemption from the value added tax on the purchase of goods and services such as food, movie tickets, medicine and transport fares. It is unconscionable, to say the least, for some people to abuse this for their own benefit,” Angara said.

“We need to tighten up the process involved in issuing these cards so that only legitimate PWDs will enjoy the benefits under the law,” he added.

Based on the guidelines issued by the National Council on Disability Affairs (NCDA), the PWD ID card is issued to any bonafide PWD with permanent disabilities due to any one or more of the following conditions: psychosocial, chronic illness, learning, mental, visual, orthopedic, speech and hearing conditions.

This includes persons suffering from disabling diseases resulting to the person’s limitations to do day to day activities as normally as possible such as but not limited to those undergoing dialysis, heart disorders, severe cancer cases and such other similar cases resulting to temporary or permanent disability.

The registration and issuance of PWD ID cards is done at the local government level either by the city or municipal mayor or barangay captain.

Last Wednesday, the legal officer of the local government of Quezon City was quoted as saying that there were no application forms or supporting documents on record for the six members of the family in the viral photo and that the release of their PWD ID cards may have been facilitated by a city employee. The same official said there was a possibility the cards issued were fake.

The DTI’s Fair Trade Enforcement Bureau is investigating the alleged proliferation of PWD ID cards and has called on establishments and citizens to report this form of corruption to the NCDA, the National Bureau of Investigation and the Presidential Anti-Corruption Commission.

“The exploitation on the use of the benefits and privileges specifically intended to help alleviate any financial burden encountered by PWDs should not be tolerated especially at this time when establishments like restaurants, entertainment centers and hotels are still struggling from the impacts of the COVID-19 pandemic,” Angara said.

“A review of the implementation of this provision of the law is clearly needed so that the appropriate safeguards would be introduced to ensure only those who are in actual need of the benefits and privileges are granted such while also protecting the establishments against abuses,” he added.

Angara celebrates the enactment of three laws for the youth
Statement of Sen Angara on the Enactment into Law of the Social Pension for Seniors
Sen. Angara on the passing of former Pres. Fidel V Ramos
Angara-- Restore the heritage sites damaged by the Abra quake at the soonest possible time
Angara sees the establishment of satellite specialty hospitals as timely and doable
Reaksyon ni Sen. Sonny Angara sa SONA ni PBBM
Statement of Senator Sonny Angara
INCOMING DBM SECRETARY NI PBBM, HIGHLY-QUALIFED, MAY MAIPAGMAMALAKING TRACK-RECORD -- ANGARA
Statement of Sen. Sonny Angara on the Appointment of Amenah Pangandaman as DBM Secretary
PDIC charter amendments for a stronger and more resilient banking system—Angara
Kaugnay sa muling paglobo ng COVID cases sa bansa: “MAGPABAKUNA, SUMUNOD SA HEALTH PROTOCOLS AT PATULOY NA PAG-INGATAN ANG KALUSUGAN” - ANGARA
Statement of Committee on Finance Chairman, Sen. Sonny Angara on the signing of the 2022 GAA
Angara reminds PhilHealth of their obligations to the public
Threat of Omicron highlights need to improve biosurveillance and genome sequencing capabilities—Angara
Angara: Don’t let vaccines go to waste-- Allow booster shots for private sector workers
SEN. ANGARA ON THE THREAT OF HOSPITALS TO WITHDRAW FROM PHILHEALTH SYSTEM BECAUSE OF DELAYED REIMBURSMENTS OF CLAIMS:
Angara: Decline in COVID cases should not result in complacency
Angara: Go the extra mile to vaccinate our senior citizens
Angara to DOLE: Targeted interventions needed to ensure no one is left behind
It’s about time to rebuild the homes of the people of Marawi—Angara
END_OF_DOCUMENT_TOKEN_TO_BE_REPLACED