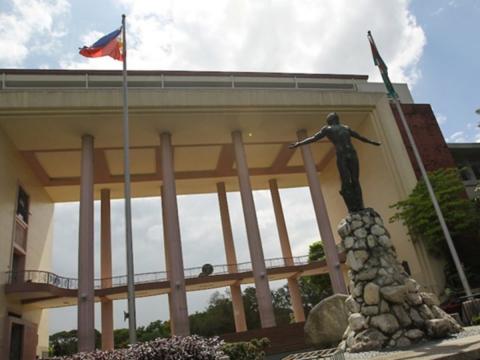 Senator Sonny Angara views with concern the unilateral abrogation by the Department of National Defense (DND) of the 1989 agreement between the DND and the University of the Philippines (UP).

As a proud product of UP himself, Angara notes how the State University has long been a bastion of academic freedom—where individuals are free to express diverse opinions and beliefs without fear of persecution.

“UP has produced some of the best and brightest minds in our country’s history and there is no doubt that the academic freedom enjoyed by the State University played no small part in this.

It is this dynamism that contributed to UP being ranked among the top universities in the region and I am confident it will continue to rise further with the continuous support provided by our government.

Just like any other legal agreement, prior consultation is required before any decision to amend or in this case, terminate is implemented. We appeal to our good Defense Secretary Delfin Lorenzana to reconsider his decision and sit down with the officials of UP to come up with solutions to ensuring peace and security in our nation, which I am sure is an aspiration shared by both sides.” (30)

Statement of Sen. Angara on possible supplemental budget for COVID-19 and reaction to the extension of ECQ
Massive and random testing will contain the spread of COVID-19 faster
Angara sees greater need for telemedicine now with the COVID-19 experience
Angara to LGUs: Protect our frontliners, PUIs, PUMs and their families
Angara tells DSWD to release cash assistance to the poor immediately
COVID positive Angara continues to help despite isolation
Statement of Senator Sonny Angara
Angara says volunteer health workers should receive hazard pay, other benefits too
Angara: Find ways to provide aid to the people affected by the COVID-19 quarantine
Angara to LGUs and DSWD: Take care of the needs of quarantined families
Consider the welfare of workers in addressing COVID-19-- Angara
Angara on the first local transmission of COVID-19: Be vigilant but don’t panic
Angara urges schools to adopt the sablay as a replacement of togas for graduation ceremonies
Angara calls on DOLE to conduct a survey of sectors where jobs are being lost due to COVID-19
Angara: It is time to transform the Philippines from a consuming economy to one that produces
Finance committee to conduct a comprehensive review of government’s programs on industrialization and jobs generation-- Angara
Angara wants a review of all laws and programs for the Filipino youth
DTI gets unprecedented increase in 2020 budget for Tatak Pinoy Initiatives-- Angara
Angara seeks an increase in the bed capacity of the East Avenue Medical Center
Senator Angara urges immediate assessment after alert level lowered for Taal Volcano
END_OF_DOCUMENT_TOKEN_TO_BE_REPLACED