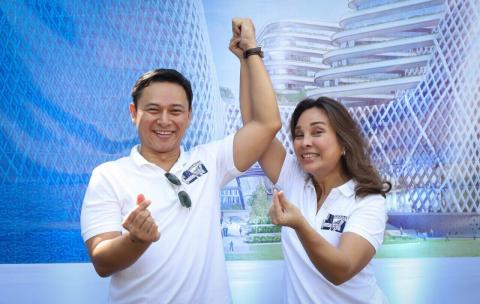 Senator Loren Legarda, a topnother in at least two senatorial elections, has endorsed the reelection bid of Senator Sonny Angara in a video message in which she praised him for pushing numerous laws proved beneficial to every member of the Filipino family.

Legarda, who is now running as congressional representative of the lone district of Antique, said Angara authored more than 180 laws, including the Free College Education Law, Free Kindergarten Law, and the Universal Health Care (UHC) Act.

Angara is seeking another six-year term in the upper chamber, with the promise of continuing the legacy of his father, the late Senate President Edgardo Angara, anchored on education, health, job creation, social pension for senior citizens, and stronger local government units and barangays.

Legarda, who topped the 1998 and 2007 senatorial polls and placed second in the 2013 midterm elections, noted that while the father was the author of the law creating PhilHealth, it was the son who moved for the inclusion of free checkup, laboratory test and medicines in the UHC law.

With Legarda’s endorsement, six senators are now publicly supporting Angara’s candidacy, including the top three leaders of the Senate.

His candidacy is also supported by several organizations, political parties and cause-oriented groups, such as One Batangas, Confederation of Sugar Producers Associations Inc.; Filipinos for Peace, Justice and Progress Movement or FPJPM; Coalition of Services of the Elderly Inc.; Coop-NATCCO Party-list; and Davao-based District III Women Federation Inc. #