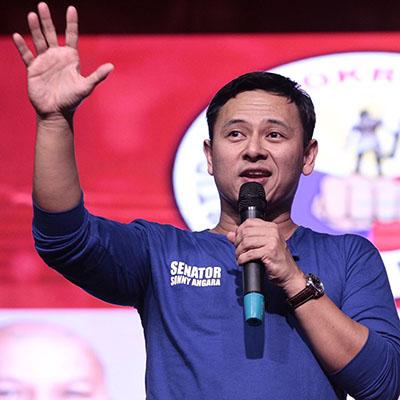 Reelectionist Senator Sonny Angara said the government needs to roll out more measures in support of Filipino organic farmers to help the sector survive and deliver on its promises of environmental safety, health benefits and agricultural sustainability.

“The government should strengthen support services for farmers who refuse to use chemical-based farm outputs and genetically-modified technologies. This should include spearheading major marketing initiatives to boost sales of organic products,” Angara said.

The lawmaker from Aurora, who is running under the platform “Alagang Angara,” lauded the case of Koronadal City, which is aiming to become the first organic agriculture city of the SOCCSKSARGEN region.

The city has been giving incentives to producers of organic products in a bid to encourage more local farmers to practice and venture into organic farming. Under the program, organic producers receive cash incentives of as high as P10 per kilo for validated produce reaching the local markets.

Angara said this incentives program should be replicated nationwide to pave the way for a shift in policy orientation from synthetic to organic agriculture—a pioneering, sustainable and environmentally friendly way to produce food.

“I fully support organic agriculture given the social and environmental benefits that can be derived from organic products,” Angara said.

Angara said organic farming offers a good livelihood alternative for those in the agriculture sector, who account for 60 percent of the nation’s poorest.

To achieve this, Angara underscored the need to address issues that may be stopping the farming sector from achieving its full potential.

“Farmers and fishermen continue to be handicapped by the lack of support facilities such as farm-to-market roads, irrigation networks, post-harvest facilities, fishing ports and access to credit,” Angara said.

In batting for organic agriculture, Angara said the farming method has been proven more productive, profitable and sustainable while safeguarding the environment.

The senator noted that organic farming delivers equally or more nutritious food products that contain less or no pesticide residues, and provide greater social benefits than its conventional counterpart.

Organic farming, he added, is concerned with protecting the environment and working in harmony with existing ecosystems, including conserving water, soil and energy, and using renewable resources and natural farming cycles.

“Overall, organic farming is better for the environment and more sustainable,” Angara said