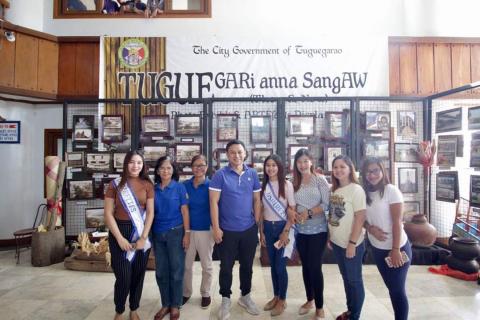 Reelectionist Senator Sonny Angara said the agriculture sector should look for creative ways to engage the youth in farming to ensure that there would be enough farmers to feed the country’s ever-growing population.

“Youth engagement in agriculture is vital to ensuring that the Philippines will not have a scarcity of future food producers,” said Angara, who is scheduled today to campaign in Cagayan, one of the country’s top rice and corn producing provinces.

The Department of Agriculture in Cagayan has been actively engaging young people to venture into farming through its “Young Hands in Agriculture” initiative, which aims to encourage the youth to get involved in food production amid the decreasing and ageing population of farmers in the province.

Angara said the government and other industry stakeholders should work harder to convince the young generation to choose farming as a profession given the waning interest in agriculture among the youth.

“Making agriculture attractive and an easy sell to the youth should be among the top priorities for the government in order to help the country achieve inclusive growth and food security,” said the lawmaker from Aurora who is running under the platform “Alagang Angara.”

According to Angara, who is one of the leading senatorial candidates based on various pre-election surveys, there is still room for improvement in terms of support services to change the state of agriculture and make farming appealing as a career.

“The seeming lack of government support to the agriculture sector is one of the most compelling reasons why we find it so hard to encourage young people to consider farming as a career, and why farmers and farm workers are leaving the field for better paying jobs,” Angara pointed out.

Angara noted that the waning interest in agriculture among the youth was evident in the sharp decline of enrollees in agriculture courses from 2015 to 2018, which dropped by almost 30 percent.

Angara said that many young farmers are leaving the field to work elsewhere as indicated in the January 2019 Labor Force Survey conducted by the Philippine Statistics Authority (PSA).

The survey results showed that the agriculture sector suffered 1.7 million job losses, which overshadowed the combined 1.3 million additional jobs in industry and services sectors. The country’s labor force is comprised of those 15 years old and above, whether employed or unemployed.

The agriculture sector, the PSA said, currently employs 9.158 million individuals. The average daily wage of agriculture workers is P265, according to a study by the Philippine Institute for Development Studies or PIDS.

Angara has filed with the Senate a bill seeking to develop and strengthen the agriculture education and training in the country, through the institutionalization of manpower development for agriculture entrepreneurship, also known as “agripreneur,” in vocational schools.

Aside from infrastructure development, Angara said, the nation needs nothing short of an “agriculture revolution,” which the Duterte administration can spearhead alongside its “Build, Build, Build” program.

An agricultural revolution is necessary to help revive the agriculture sector and improve the lives of impoverished farmers, who belong to 60 percent of the country’s poorest, he said.

Citing government records, Angara said the agriculture’s relative contribution to gross domestic product (GDP) had been declining over the years.

Immunization of the population expected to begin with the approval of the COVID-19 vaccination program bill-- Angara
Angara seeks exemption to donor’s tax for donations of COVID-19 vaccines and critical supplies
Angara: Growing number of out of school youth is a cause of concern
Angara: Ecommerce will help ensure the survival of MSMEs and boost economic growth
Angara bill seeks to assist LGUs in shifting to digital
2021 judiciary budget will ensure implementation of the Judges-at-Large Act and the judiciary marshal service – Angara
STATEMENT OF SEN SONNY ANGARA
ANGARA: PGH AND EAST AVENUE MEDICAL CENTER RECEIVE ADDITIONAL FUNDING UNDER THE 2021 GAA TO SERVE MORE FILIPINOS IN NEED OF MEDICAL ATTENTION
PCMC receives additional support under the 2021 GAA to provide even better services for children in need of medical attention-- Angara
Statement of Sen. Sonny Angara on the signing of the 2021 GAA
Christmas message of Sen. Sonny Angara
Angara: Displaced workers will continue to receive assistance under the 2021 budget
Improved internet services even in far flung areas expected with the increase in the budget for the National Broadband Program-- Angara
Angara-- New and unfunded laws will receive funding under the 2021 GAA
Improved health responses needed to boost consumer confidence and spur economic growth -- Angara
Angara wants more public hospitals and medical professionals to ensure all Filipinos are provided with quality health care
Angara wants public libraries to provide essential services to learners under the new normal
Statement of Sen. Sonny Angara on the transmittal of the 2021 GAB by the House of Representatives
Angara bats for the naturalization of Angelo Kouame
Angara pushes for survivorship benefits for members of the National Prosecution Service
END_OF_DOCUMENT_TOKEN_TO_BE_REPLACED