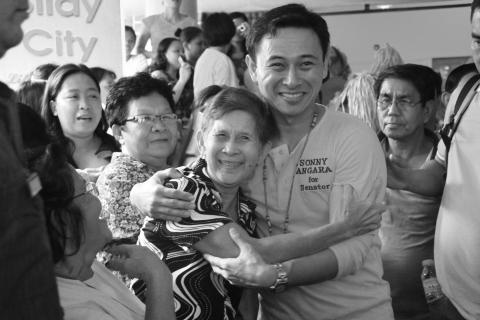 With the enactment of the Republic Act 11350, creating the National Commission of Senior Citizens (NCSC), our beloved lolos, lolas, titos, titas and for some, parents too, will now have a national government agency dedicated to their needs and concerns.

As one of the authors of the law, Senator Sonny Angara said the creation of the NCSC sends a strong signal to the senior citizens that their welfare is of great importance to the government.

The NCSC will serve as the policy-making body of the government on senior citizen affairs.

Under the law, the National Coordinating and Monitoring Board, created under R.A. 9994 or the Expanded Senior Citizens Act of 2010 will now abolished.

All of the functions, programs, activities and projects of the DSWD for the poor, vulnerable and disadvantaged senior citizens will now be transferred to the NCSC.

The senator and his father, former Senate President Edgardo Angara, have long advocated for the rights of senior citizens.

For the 18th Congress, Angara is pushing for the grant of a 100 percent increase in the social pension of seniors.

Angara: Benefits for health workers to continue even after Bayanihan 2 expiration on June 30
EASTER SUNDAY MESSAGE OF SEN. SONNY ANGARA
Statement of Sen. Angara on the procurement of vaccines by the private sector
SK reform bill hurdles committee level-- Angara
Angara: Kouame an asset to Philippine basketball
Angara pushes for 100% increase in PDIC deposit insurance coverage
Angara: Pilot implementation of face-to-face classes needed before resumption nationwide
Immunization of the population expected to begin with the approval of the COVID-19 vaccination program bill-- Angara
Angara seeks exemption to donor’s tax for donations of COVID-19 vaccines and critical supplies
Angara: Growing number of out of school youth is a cause of concern
Angara: Ecommerce will help ensure the survival of MSMEs and boost economic growth
Angara bill seeks to assist LGUs in shifting to digital
2021 judiciary budget will ensure implementation of the Judges-at-Large Act and the judiciary marshal service – Angara
STATEMENT OF SEN SONNY ANGARA
ANGARA: PGH AND EAST AVENUE MEDICAL CENTER RECEIVE ADDITIONAL FUNDING UNDER THE 2021 GAA TO SERVE MORE FILIPINOS IN NEED OF MEDICAL ATTENTION
PCMC receives additional support under the 2021 GAA to provide even better services for children in need of medical attention-- Angara
Statement of Sen. Sonny Angara on the signing of the 2021 GAA
Christmas message of Sen. Sonny Angara
Angara: Displaced workers will continue to receive assistance under the 2021 budget
Improved internet services even in far flung areas expected with the increase in the budget for the National Broadband Program-- Angara
END_OF_DOCUMENT_TOKEN_TO_BE_REPLACED