Angara to government agencies: Prepare your anti-red tape stats for the 2020 budget hearings 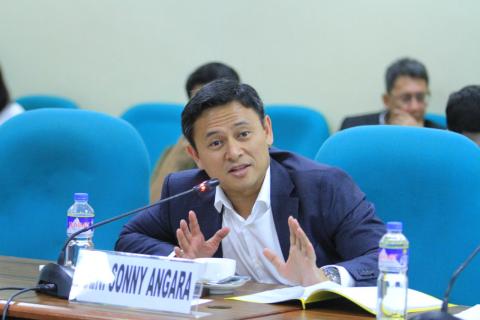 The head of the Senate budget-writing committee wants the government agencies to detail their “anti-red tape performance and targets” in their 2020 budget proposals.

Senator Sonny Angara said the different government agencies will be asked what they have done to implement “ease of doing business (EODB)” mandates when they face the Senate Committee on Finance during the hearings on the proposed 2020 national budget.

“Anti-red tape performance will now be part of the budget review. These will also be part of the key performance indicators that an agency promises to meet in exchange for the appropriations it will get,” said Angara, the chairman of the Finance Committee.

For certain agencies, Angara said he will demand a “before and after” timetable of the processing of a document, from request to release.

Angara reminded agencies that anti-red tape does not only require the “shortening of the processing time but includes cutting the number of documentary requirements.”

“When you reduce the number of documents, the speed by which an application moves increases. Hindi lang bawas oras, bawas gastos na rin,” Angara said.

In his fourth State of the Nation Address, President Duterte noted how businessmen were having a hard time in securing their permits, thus causing delays in the start of their operations. He said clearances and permits should be out in at least three days.

The Department of Finance and the Department of Trade and Industry disputed the report, saying that the government “has been hard at work in implementing initiatives to increase the country’s competitiveness.”

Angara is one of the authors of Republic Act 11032 or the Ease of Doing Business Act, which was enacted in May last year, but the implementing rules and regulations only came out last month.

The EODB Act puts in place the “3-7-20” rule, which requires government offices to complete simple transactions within three days, complex ones within seven days, and highly technical ones within 20 days.

He is also the co-author of Republic Act 9485 or the Anti-Red Tape Act, which instituted the no-noon break policy, no fixing activities, easy-to-read IDs or nameplates, presence of public assistance and complaints desks, and the implementation of the agency's Citizen's Charter which contains the types of frontline services offered with the step-by-step procedure, the person responsible for each step, time needed to transact, documents required, and fees.

Angara to Comelec: Work on making it easier for seniors and PWDs to vote during elections
Angara: There should be no delays in the implementation of Bayanihan 2
Angara says 2022 deadline for registration of 90 million Filipinos to PhilSys ID should be achieved without delay
Angara to CHEd and SUCs: Let’s work together in keeping Filipino graduates in the Philippines
Statement of Sen. Sonny Angara  (law sponsor) on the enactment of Bayanihan 2
Statement of Sen. Sonny Angara  (law sponsor) on the enactment of Bayanihan 2
Institutionalizing digital payment systems needed to prevent the spread of diseases and for adopting to the new normal-- Angara
Bayanihan 2 supports domestic industries with Buy Local provisions
Sen. Sonny Angara on talks of a revolutionary government
STATEMENT OF SEN. ANGARA AFTER THE SENATE RECEIVED THE COPY OF THE PROPOSED 2021 BUDGET DOCUMENTS
Angara: Bayanihan 2 provides relief for consumers, households, employees and businesses affected by COVID-19
Hiring of more emergency health personnel and contact tracers to be funded by Bayanihan 2-- Angara
Lack of transparency and accountability hound PhilHealth-- Angara
Plug PhilHealth loopholes and leakages immediately—Angara
Senate responds to President Duterte’s Call to Pass Bayanihan 2-- Angara
Angara wants to hear the administration’s plans for the sectors affected by COVID-19 in SONA 2020
Angara wants pandemics, epidemics and health emergencies included in primary and secondary education
Angara pushes for the registration and database of informal workers
Angara urges more COVID-19 survivors to donate blood plasma for severely ill patients
Ulat sa Bayan ni Senator Sonny Angara (2019-2020)
END_OF_DOCUMENT_TOKEN_TO_BE_REPLACED