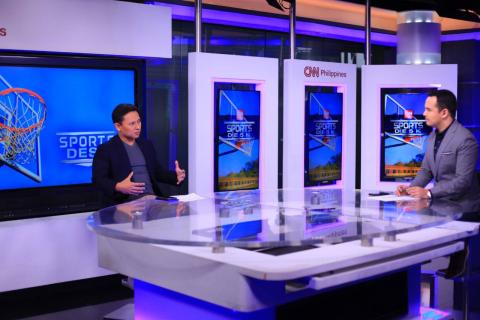 For a country that is crazy about sports in general, it has a shortage of elite athletes who can compete with the best in the world.

In order to produce world-class athletes, Senator Sonny Angara said training should start at an early age and should be focused and well-funded.

“We are all waiting for the day when we will be able to watch more of our homegrown athletes competing at the world stage and seeing them bring home glory for the country,” Angara added.

Angara has filed Senate Bill 330 seeking the creation of a Philippine High School for Sports (PHSS), an educational institution dedicated to developing budding young athletes while providing them with quality secondary education.

President Duterte, in his fourth State of the Nation Address, backed the creation of a national academy for sports for high school students.

Angara said the establishment of a PHSS will help the country in coming up with a deeper pool of athletes for its national teams.

In the 17th Congress, Angara worked for the approval of Republic Act 11214, which created the Philippine Sports Training Center (PSTC).

Under the supervision of the Philippine Sports Commission (PSC), the PSTC will have training facilities for Olympic sports and other sports activities deemed necessary by the PSC.

Unlike the PSTC, the proposed PHSS will provide student athletes with the same quality education as regular high schools but with special emphasis on developing athletic skills of the students through subjects pertaining to physical education and sports development.

The objective of the bill is to prepare “students who have shown their early potential of excelling in sports for a sports-related career while undergoing quality secondary education.”

Admission to the PHSS, including the grant of scholarships, will be on the basis of “try outs” and other examinations as determined by the school’s board of trustees.

In crafting the bill, Angara noted how public school students are at a disadvantage compared to their private school counterparts in terms of exposure to sporting activities, “not only because PE is treated as a separate academic subject, but also because of the active development of varsity teams that participate in inter-school leagues across the country.”

Angara was also author and sponsor of Republic Act 10699, which increased the cash incentives and expanded the benefits given to winning athletes, coaches and trainers.

Angara: Benefits for health workers to continue even after Bayanihan 2 expiration on June 30
EASTER SUNDAY MESSAGE OF SEN. SONNY ANGARA
Statement of Sen. Angara on the procurement of vaccines by the private sector
SK reform bill hurdles committee level-- Angara
Angara: Kouame an asset to Philippine basketball
Angara pushes for 100% increase in PDIC deposit insurance coverage
Angara: Pilot implementation of face-to-face classes needed before resumption nationwide
Immunization of the population expected to begin with the approval of the COVID-19 vaccination program bill-- Angara
Angara seeks exemption to donor’s tax for donations of COVID-19 vaccines and critical supplies
Angara: Growing number of out of school youth is a cause of concern
Angara: Ecommerce will help ensure the survival of MSMEs and boost economic growth
Angara bill seeks to assist LGUs in shifting to digital
2021 judiciary budget will ensure implementation of the Judges-at-Large Act and the judiciary marshal service – Angara
STATEMENT OF SEN SONNY ANGARA
ANGARA: PGH AND EAST AVENUE MEDICAL CENTER RECEIVE ADDITIONAL FUNDING UNDER THE 2021 GAA TO SERVE MORE FILIPINOS IN NEED OF MEDICAL ATTENTION
PCMC receives additional support under the 2021 GAA to provide even better services for children in need of medical attention-- Angara
Statement of Sen. Sonny Angara on the signing of the 2021 GAA
Christmas message of Sen. Sonny Angara
Angara: Displaced workers will continue to receive assistance under the 2021 budget
Improved internet services even in far flung areas expected with the increase in the budget for the National Broadband Program-- Angara
END_OF_DOCUMENT_TOKEN_TO_BE_REPLACED