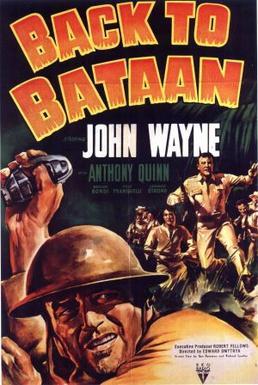 Senator Sonny Angara urged the country’s defense and veterans affairs officials to consider coming out with documentaries about the exploits of our war heroes that have either been forgotten or have never been told.

Currently, the Philippine Veterans Affairs Office (PVAO) has been undertaking efforts to inculcate love of country among children through its Love of Country Builders program, which involves the construction of shrines and other facilities, the commemoration of historical events, and the publication of books and articles about the heroic deeds of the veterans.

Angara, the chairman of the Senate Committee on Finance, told the PVAO to consider producing documentaries on the historical and modern day heroes, which he said would have a greater impact on its target audience.

Angara said these documentaries could be shown during holidays such as the Araw ng Kagitingan and in other occasions as necessary.

He noted how countries such as the United States have been very effective with its advertising campaigns on the military. The ads are very well produced and instill a lot of pride in the different service branches of the military. In many of these ads, civilians are encouraged to enlist as a viable career choice.

Angara noted that Hollywood is also doing its part by constantly coming out with films glamorizing the military.

“We don’t show the heroic exploits of our armed personnel. When we come out with documentaries, these will be played over and over again. Once you make that movie, you put it online, you put it on Netflix and it’s there forever,” Angara said.

Angara said there is a lot of material for the documentary makers to gather inspiration from— ranging from the heroes of World War II to the heroes of the Marawi siege.

PVAO Administrator Ernesto Carolina told the Senate Committee on Finance in a briefing on the proposed 2020 budget of the Department of National Defense that almost all of the films produced locally deal with the Spanish revolution.

He said that coming up with materials on World War II is more difficult because most of the documents, messages and even diaries during that period were taken by the Americans.

Carolina said the PVAO has been able to retrieve around two-thirds of these documents and have converted these into seven books.

Since most of the books on World War II were written by Americans, Carolina said they saw it fit to come out with a different account of the events, told from the viewpoint of the Filipinos.

Carolina said PVAO needs financial support to continue the Love of Country Builders program because of cuts implemented by the executive branch on its budget.

Carolina said that less than one percent of the PVAO’s budget goes to the Love of Country Builders program.

He explained that the Department of Budget and Management has removed the congressional initiatives in the national budget, including the support for the Love of Country Builders program “so slowly the gains of the past are being eroded.”

Angara celebrates the enactment of three laws for the youth
Statement of Sen Angara on the Enactment into Law of the Social Pension for Seniors
Sen. Angara on the passing of former Pres. Fidel V Ramos
Angara-- Restore the heritage sites damaged by the Abra quake at the soonest possible time
Angara sees the establishment of satellite specialty hospitals as timely and doable
Reaksyon ni Sen. Sonny Angara sa SONA ni PBBM
Statement of Senator Sonny Angara
INCOMING DBM SECRETARY NI PBBM, HIGHLY-QUALIFED, MAY MAIPAGMAMALAKING TRACK-RECORD -- ANGARA
Statement of Sen. Sonny Angara on the Appointment of Amenah Pangandaman as DBM Secretary
PDIC charter amendments for a stronger and more resilient banking system—Angara
Kaugnay sa muling paglobo ng COVID cases sa bansa: “MAGPABAKUNA, SUMUNOD SA HEALTH PROTOCOLS AT PATULOY NA PAG-INGATAN ANG KALUSUGAN” - ANGARA
Statement of Committee on Finance Chairman, Sen. Sonny Angara on the signing of the 2022 GAA
Angara reminds PhilHealth of their obligations to the public
Angara: Don’t let vaccines go to waste-- Allow booster shots for private sector workers
Threat of Omicron highlights need to improve biosurveillance and genome sequencing capabilities—Angara
SEN. ANGARA ON THE THREAT OF HOSPITALS TO WITHDRAW FROM PHILHEALTH SYSTEM BECAUSE OF DELAYED REIMBURSMENTS OF CLAIMS:
Angara: Decline in COVID cases should not result in complacency
Angara: Go the extra mile to vaccinate our senior citizens
Angara to DOLE: Targeted interventions needed to ensure no one is left behind
It’s about time to rebuild the homes of the people of Marawi—Angara
END_OF_DOCUMENT_TOKEN_TO_BE_REPLACED