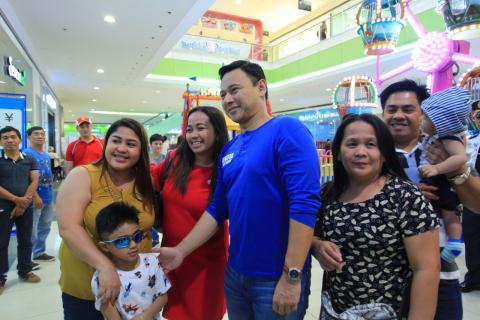 Reelectionist Senator Sonny Angara said the government should step up efforts to create more and better local jobs to end forced migration that has separated millions of families for decades, while genuinely promoting and protecting the welfare of Filipino workers overseas until they are ready to return home.

The senator, who is running under the platform “Alagang Angara,” underscored the need for government to make available decent jobs to returning OFWs, as well as to new college graduates, including beneficiaries of the Free College Education Law that has made state universities and colleges tuition-free. Angara is one of the authors of the law.

According to Angara, OFWs were forced to face dire straits and uncertain conditions abroad to escape crushing poverty, unemployment and lack of opportunities at home.

There are an estimated 10 million Filipinos who live and work overseas, taking jobs ranging from domestic work in the Middle East and Hong Kong, to jobs as nurses in Europe and Canada.

In 2017, data from the Philippine Statistics Authority showed that 2.34 million Filipinos went to work abroad. Of this figure, 20.7 percent or roughly 484,000 are from Region 4-A or Calabarzon.

Meanwhile, Angara said the government had never been more capable of protecting the welfare and well-being of OFWs and their families than now, thanks to a three-year-old law that institutionalized and strengthened the Overseas Workers Welfare Administration (OWWA).

According to Angara, Republic Act 10801 or the OWWA Act of 2016, which he co-authored and sponsored as then chair of the Senate Committee on Labor, provides a wide array of services and benefits to OFWs and their dependents.

These benefits and services, Angara said, are just a small token of gratitude for the valuable contribution of OFWs to the overall national development effort.

“We have to give back to our OFWs, whose remittances have kept the Philippine economy afloat for many years,” the lawmaker pointed out.

Aside from the OWWA Act, Angara has sponsored and authored several laws meant to protect the OFWs and ensure sustainable jobs and decent working conditions in the country. These are the