ANGARA CALLS FOR SAFE RETURN OF FILIPINOS IN LIBYA 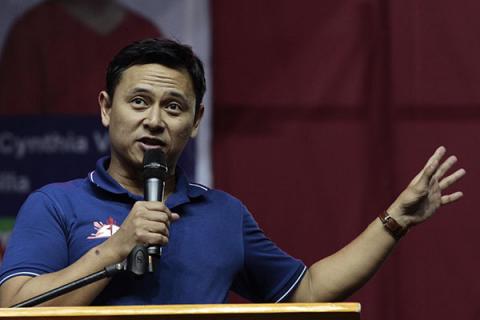 Reelectionist Senator Sonny Angara urged the government to guarantee the safety and security of all Filipinos in Libya amid escalating military tensions there, as he appealed to workers in the North African country to heed the Department of Foreign Affairs’ (DFA) call for their voluntary repatriation to the Philippines.

“We are appealing to all our kababayan in Libya to remove themselves out of harm’s way by getting themselves repatriated to the Philippines. We also ask the government to ensure the safe return of Filipinos who wish to avail of the repatriation program,” said the lawmaker from Aurora who is running under the platform “Alagang Angara.”

The DFA has raised the alert level for Filipinos in Libya to Level III, which means voluntary repatriation is advised due to escalating violence seen as a threat to safety. There are more than 3,500 Filipinos in the African state, according to the DFA.

Under Alert Level III, all Filipinos in Libya are urged to start preparing for evacuation and those with valid employment contracts who are currently on vacation in the Philippines will not be allowed to return.

Angara said those who will return home should not worry because the government is ready to take care of their needs, citing the benefits provided under Republic Act 10801 that institutionalized and strengthened the Overseas Workers Welfare Administration (OWWA).

Angara co-authored and sponsored RA 10801, also known as the OWWA Act of 2016, as then chairman of the Senate Committee on Labor. The law provides a wide array of services and benefits to OFWs funded by the $25 membership fee collected from them every two years.

These benefits and services, according to Angara, are just a small token of gratitude for the valuable contribution of OFWs to the overall national development effort. “We have to give back to our OFWs, whose remittances have kept the Philippine economy afloat for many years,” the senator said.

On top of the OWWA funds, Angara said the Senate allocated an additional P100 million for the emergency repatriation program of the Department of Labor and Employment (DOLE) under the 2019 national budget.

“The additional funding would provide the department a standby fund for the repatriation of distressed OFWs in cases of outbreaks or crisis in their host countries,” said Angara, who sponsored the DOLE’s 2019 budget being the vice chair of the Senate finance committee.