ANGARA TO SMALL-SCALE MINERS: SELL GOLD TO GOV’T INSTEAD OF BLACK MARKET 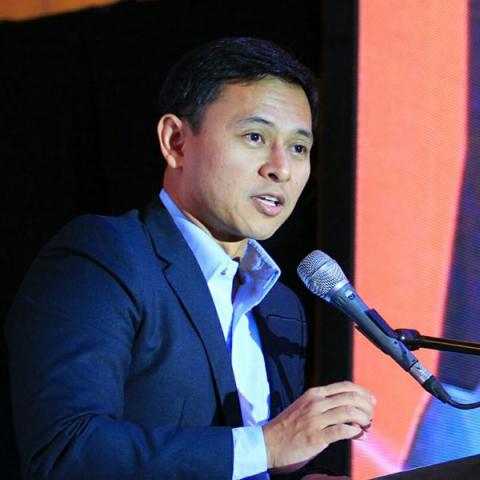 Reelectionist Senator Sonny Angara is appealing to small-scale miners to help build the country’s foreign exchange buffer by selling their gold haul directly to the government instead of the black market.

Angara said that small-scale miners could soon avail of tax exemptions if they sell their gold to the Bangko Sentral ng Pilipinas (BSP) with the impending enactment of the so-called “Gold Bill,” which he authored and sponsored as chair of the Senate Committee on Ways and Means.

Under the measure, Sections 32 and 151 of the National Internal Revenue Code will be amended to make the sale of gold from small-scale miners to the BSP exempt from income and excise taxes.

“By selling their gold to the BSP, our small-scale miners will not only help the BSP shore up the country’s gross international reserves (GIR), but they will also be assured that they will receive a fair price for their gold unlike in the black market where prices are below market levels,” said Angara, who is scheduled to visit on Wednesday Compostela Valley, which has the largest gold deposits in the country. Ten out of 11 towns in the province each host one or more gold mines.

The GIR is the sum of all foreign currencies, including gold, held by the BSP. It serves as a buffer to ensure that the Philippines would not run out of foreign reserves that it could use to pay for imported goods and services, or maturing obligations in case of external shocks.

In March 2019, the country’s GIR rose to $83.2 billion from $82.78 billion in February, which is enough to cover 7.3 months’ worth of imports of goods and payments of services and primary income, data from the Bangko Sentral ng Pilipinas showed.

Angara said the Gold Bill, which was already transmitted to Malacañang for President Duterte’s signature, would enable the BSP to better build up the GIR by buying domestically produced gold from small-scale miners using Philippine peso.

He noted that buying gold from the domestic market would boost the GIR as opposed to purchasing gold using dollars, which affects the money supply with potential inflationary effects.

Meanwhile, Angara said the measure would also help support the development of the small-scale mining industry as envisioned by Republic Act 7076, or the People’s Small-Scale Mining Act of 1999.

“The legislation would have the effect of assisting the BSP in the fulfilment of its mandate under its charter, returning to the formal sector the sale of gold from small-scale miners as originally envisioned under RA 7076,” Angara said.

Angara noted that the volume of gold sold to the BSP declined drastically when the BSP started to withhold and remit to the national government the 2 percent excise tax and 5 percent withholding tax on its purchase of gold from small-scale miners and traders, pursuant to a revenue regulation issued by the Bureau of Internal Revenue (BIR).

In September 2018, the BSP purchased only 19 gold bars, roughly the equivalent of 7,600 troy ounces.

Improved health responses needed to boost consumer confidence and spur economic growth -- Angara
Angara wants more public hospitals and medical professionals to ensure all Filipinos are provided with quality health care
Angara wants public libraries to provide essential services to learners under the new normal
Statement of Sen. Sonny Angara on the transmittal of the 2021 GAB by the House of Representatives
Angara bats for the naturalization of Angelo Kouame
Angara pushes for survivorship benefits for members of the National Prosecution Service
The President's report on the implementation of the Bayanihan 2
Angara calls for extension of waiver on fees for digital transactions of banks and mobile payment services
Angara to Comelec: Work on making it easier for seniors and PWDs to vote during elections
Angara: There should be no delays in the implementation of Bayanihan 2
Angara says 2022 deadline for registration of 90 million Filipinos to PhilSys ID should be achieved without delay
Angara to CHEd and SUCs: Let’s work together in keeping Filipino graduates in the Philippines
Statement of Sen. Sonny Angara  (law sponsor) on the enactment of Bayanihan 2
Statement of Sen. Sonny Angara  (law sponsor) on the enactment of Bayanihan 2
Institutionalizing digital payment systems needed to prevent the spread of diseases and for adopting to the new normal-- Angara
Bayanihan 2 supports domestic industries with Buy Local provisions
Sen. Sonny Angara on talks of a revolutionary government
STATEMENT OF SEN. ANGARA AFTER THE SENATE RECEIVED THE COPY OF THE PROPOSED 2021 BUDGET DOCUMENTS
Angara: Bayanihan 2 provides relief for consumers, households, employees and businesses affected by COVID-19
Hiring of more emergency health personnel and contact tracers to be funded by Bayanihan 2-- Angara
END_OF_DOCUMENT_TOKEN_TO_BE_REPLACED