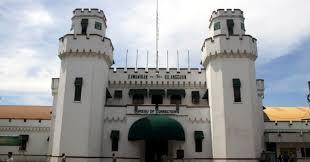 Senator Sonny Angara called for the immediate review of Republic Act 10592 or the Good Conduct Time Allowance (GCTA) Law, with the end in view of amending it in order to avoid a miscarriage of justice just like what almost happened with former Calauan, Mayor Antonio Sanchez.

For someone who has been convicted of rape and murder and still continued to commit crimes while in prison, Angara noted that Sanchez should not have been considered for any reduction in his sentence.

Angara said there was something wrong with the situation where an individual under preventive imprisonment or still undergoing trial could be excluded from the GCTA but for convicted criminals, including those who committed heinous crimes like Sanchez, they are treated differently.

“Mas guilty nga sila but they are given more allowance under the law. So there is a philosophical inconsistency here,” Angara added.

Angara was deeply affected by the reports about the impending release of Sanchez from prison, supposedly as a result of the provisions of RA 10592 because when he was still a congressman, he filed the bill that covered Section 1 of the law.

That particular section dealt only with GCTA for persons under preventive imprisonment, which excluded “recidivists, habitual delinquents, escapees and persons charged with heinous crimes” from its coverage.

When the law was passed in 2013, the Senate’s version was adopted by the House of Representatives, which expanded the scope beyond persons under preventive imprisonment.

Angara also cited a joint DOJ-DILG Uniform Manual on Time Allowances and Service of Sentence, which states that if a prisoner violates any of the listed 49 violations within a month, he/she shall not be entitled for the grant of GCTA for the said month only.

“Meaning, he would only forfeit his allowances for that month.  If we are to be overly-technical, in the case of Sanchez, if he did that terrible violation of placing drugs inside the statue of the Virgin Mary, he would only forfeit (his GCTA) for that said month.  For me that is totally absurd. That is interpreting the law totally against the spirit of the Constitution, totally against the spirit of our philosophy on penal laws,” Angara said.

“If we interpret these rules technically, he could commit all kinds of crimes, he could even kill somebody in prison and would only lose his good conduct allowances for the month. So I think, we should have some qualifiers if not in the law, then perhaps in the implementing rules,” Angara added.

Angara said that for convicted criminals like Sanchez, it would make more sense for the law to wipe the slate clean as far as their GCTAs are concerned.

“As a great man once said: the life of the law is experience, it’s not logic. So experience shows that a recidivist will tend to commit repeat violations. So, someone who has been convicted of seven life sentences certainly does not deserve to lose his good conduct allowances just for one month. He deserves to lose it; he deserves to start from zero or even from negative,” Angara added.

Angara: Benefits for health workers to continue even after Bayanihan 2 expiration on June 30
EASTER SUNDAY MESSAGE OF SEN. SONNY ANGARA
Statement of Sen. Angara on the procurement of vaccines by the private sector
SK reform bill hurdles committee level-- Angara
Angara: Kouame an asset to Philippine basketball
Angara pushes for 100% increase in PDIC deposit insurance coverage
Angara: Pilot implementation of face-to-face classes needed before resumption nationwide
Immunization of the population expected to begin with the approval of the COVID-19 vaccination program bill-- Angara
Angara seeks exemption to donor’s tax for donations of COVID-19 vaccines and critical supplies
Angara: Growing number of out of school youth is a cause of concern
Angara: Ecommerce will help ensure the survival of MSMEs and boost economic growth
Angara bill seeks to assist LGUs in shifting to digital
2021 judiciary budget will ensure implementation of the Judges-at-Large Act and the judiciary marshal service – Angara
STATEMENT OF SEN SONNY ANGARA
ANGARA: PGH AND EAST AVENUE MEDICAL CENTER RECEIVE ADDITIONAL FUNDING UNDER THE 2021 GAA TO SERVE MORE FILIPINOS IN NEED OF MEDICAL ATTENTION
PCMC receives additional support under the 2021 GAA to provide even better services for children in need of medical attention-- Angara
Statement of Sen. Sonny Angara on the signing of the 2021 GAA
Christmas message of Sen. Sonny Angara
Angara: Displaced workers will continue to receive assistance under the 2021 budget
Improved internet services even in far flung areas expected with the increase in the budget for the National Broadband Program-- Angara
END_OF_DOCUMENT_TOKEN_TO_BE_REPLACED