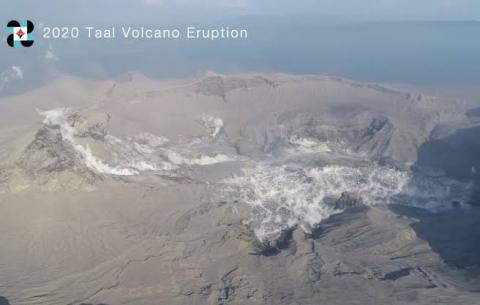 Now that the alert level for Taal Volcano has been lowered from four to three, Senator Sonny Angara urged all the concerned government agencies to immediately conduct an assessment of the damage brought about by the eruption two weeks ago.

Angara, who is chairman of the Finance Committee that went over the P4.1 trillion General Appropriations Act (GAA) for 2020, said there is a significant amount of funding available for use of the different government agencies for the repair and rehabilitation of the affected areas in Cavite, Batangas and Laguna under the National Disaster and Risk Reduction Management Fund (NDRRMF) or what is more commonly known as the calamity fund.

Based on the 2020 GAA, a total of P16 billion has been allocated for the NDRRMF, which can be used for the relief, recovery, reconstruction and other works or services related to natural or human-induced calamities.

Apart from the NDRRMF, Angara noted that there is also P6.8 billion in quick response funds (QRF) lodged in the budgets of the Department of Agriculture, Department of Education, Department of Public Works and Highways, Department of Social Welfare and Development, Department of National Defense-Office of Civil Defense, and the National Electrification Administration.

Angara explained that the processes for disbursing the two funds are very different.

“With the QRF, the agencies such as the DPWH and DSWD will be able to download the funds to the affected communities immediately because as the name implies, the utilization of the funds must be quick,” Angara said.

“With the calamity fund, the specific programs and projects will have to undergo assessment on the ground and certification by the local government units before they are submitted to the President for his approval. So the process is a little longer than the QRF,” Angara added.

On top of the P22.8 billion (NDRRMF+QRF), Angara said there is around P7 billion left from the P20 billion calamity fund of 2019 that can be used this year.

Following the eruption of Taal, the President has relayed his intention to seek a P30 billion supplemental budget from Congress to cover the needs of the affected communities.

Because the eruption of Taal was unexpected and came very early in the year, Angara said that the supplemental budget would serve as a buffer fund for calamities that will take place later this year.

Angara has filed Senate Resolution 298 calling for an inquiry into the total damage of the Taal Volcano eruption for the purpose of assessing the total financial requirements for the aid, relief, resettlement, rehabilitation and livelihood support to communities adversely affected by the catastrophe.

While waiting for the House of Representatives to act on the call of the President, Angara said the Senate could already work on determining just how much is needed to cover all the bases in the effort to bring the lives of the affected communities back to normal.

In the past two weeks, Angara said the agencies on the ground have experienced difficulties in coming up with an accurate assessment of the damages because of the lockdown imposed on the affected areas due to the strong possibility of another eruption.

“But now that the alert level on Taal has been scaled down by the Phivolcs, the agencies on the ground, together with the local government units, should act swiftly to assess the situation and report back to Congress so that we can already get the ball rolling on the recovery of the affected communities,” Angara said.